How the Nordics connected the world

The story of telecommunication industries in Finland and Sweden

Do you remember your first mobile phone? There’s a good chance it came from a Nordic country, since Nokia from Finland or Ericsson from Sweden together dominated the global mobile phone market in 2000. 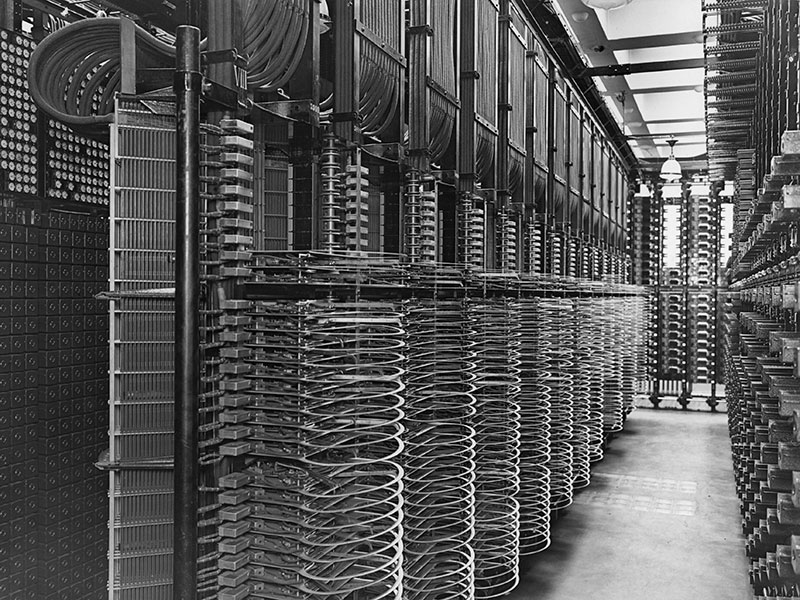 Both firms show how telecommunications evolved in Europe and how Nordic countries belonged to the most innovative producers worldwide. To explore the history of these two major Nordic telecommunication companies, we have to go back to the 19th century.

Outside Finland, most people think of Nokia as a mobile phone company. It actually started in the mid-19th century in a small Finnish town with the same name. Nokia’s river was the engine for several industries and businesses, for example paper mills and pulp factories - the first and most important of Finnish industries.

For around 100 years, the ‘Nokia’ brand was associated with goods from rubber products (Nokia is well-known for its rubber boots in Finland).

In 1967,  the three companies merged, entering the radio and TV market.

At that time, as Finland were neutral in the Cold War and had a trade deal with Russia, Nokia profited heavily from this. In fact, Russia became one of Nokia’s most important markets, trading not only telephone switches, but also robotics and scientific technology.

The company today known as Ericsson had a quite different start. The young Swede Lars Magnus Ericsson started working as an instrument maker, but soon switched to telegraphs. His first business he founded was a 13 square metre repair shop for telegraphs in Stockholm in 1876. That was the same year when Abraham Graham Bell patented the telephone - but his patent was not valid in Scandinavia.

Hence, Lars Magnus Ericsson started to build telephones himself, with the help of his wife, Hilda Ericsson. In 1878, their first telephone cost 55 Swedish Crowns (around €282 today) and was made from 22 pieces, with separate receivers and microphones. In 1892, Ericsson began selling a telephone which combined the receiver and microphone in one unit. It had originally invented by two other Swedes for telephonists who needed a free hand to write while speaking on the phone.

She worked in the workshop, built technical pieces for the telephones, dealt with clients and deliveries and managed the company when her husband traveled. As she was more educated than her husband, she was responsible for accounting since the early beginnings of the company. She was also leading the female workers in the factories, a third of the workforce in 1881.

Still, as for many women during that time, her contribution to Ericsson’s success was not celebrated during her lifetime: At the production of the 20,000th telephone, all hundred employees were photographed - except for Hilda.

The early decades of the 1900s saw an increase in activity at Ericsson, merging with several other companies and expanded all over the world, from Sweden to the US, Russia, Turkey, the Netherlands, and many more.

In the 1930s, Ericsson built a new factory environment in Stockholm’s Midsommerkransen district that shaped the city quarter heavily. Informally known as LM city (for Lars Magnus), it was not only a production site, but included leisure activities and associations like the Ericsson film and video club. Around 1000 apartments for workers were built in the area, by standardised means and influenced by functionalist design.

From their early developments in telecommunications, Nordic and especially Scandinavian countries have been cooperating and negotiating both formal and informal agreements.

1981 saw a common break-through: The Nordic Mobile Telephony (NMT), the first automatic, international, cellular network in the world allowing roaming in all Nordic countries. Hence, people could travel from country to country - and their phones were still connected. This technology existed nowhere else at that time, as national mobile phone systems were not internationally compatible.

NMT was the result of intensive cooperation in a working group, founded by Denmark, Finland, Norway and Sweden in 1969. Although subscriber numbers increased quickly, it was a niche market as phones cost 30,000 SEK (approximately 8,300 Euros) and, at more than 700 grams, were quite heavy. But NMT spread widely, across Europe and Asia and is still in use in parts of Russia today.

NMT belonged to the first generation of wireless cellular technology (1G), a system of mobile telecommunications based on analog standards. Since then, telecommunication standards have become digital, encrypted, allowing mobile Internet access - and are always developing further.

Nordic countries, especially Finland and Sweden, continue to play an important role in these developments. Especially during the dot-com bubble in the 1990s, Nokia and Ericsson played a global role in the mobile phone market.

Nevertheless, their innovations were an important factor in the development of this industry, and can be remembered today by many people - whether through their first mobile phones or by hours enjoying mobile games.

RELATED: Explore more of Nokia and Ericsson's products over the years

Did you or your family work for Nokia or Ericsson or elswhere in the telecommunications industry? Share your story and help us tell the story of Europe through our working lives in the past and the present.